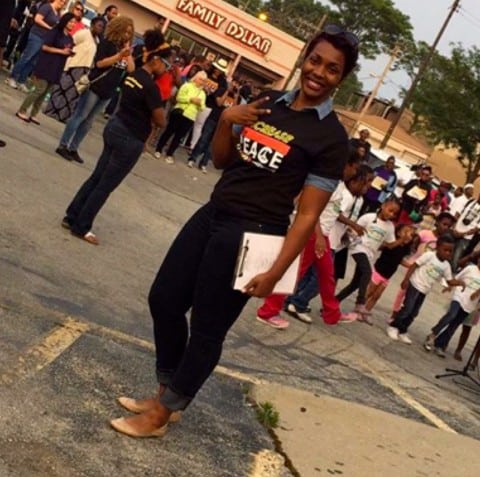 Growing up on the south side of Chicago, 29-year-old Nicole Johnson always knew she wanted to pursue a career in public office. Whether it was addressing quality education, unemployment benefits, access to healthy foods, or public safety, issues that “affect our daily lives were something I wanted to play a role in,” she explains.

Johnson witnessed what she calls the “inequities” and “disinvestments” that many have faced many in the country’s third-largest city, specifically in the Chicago community known as Englewood. To counter these problems that have concerned and disturbed her, she obtained a Master’s Degree in Education Policy, began volunteering, then teaching, and ultimately entered politics as an intern under Democratic U.S. Senator Dick Durbin of Illinois.

And now, Johnson is upping her personal public service game by running for Chicago’s 20th Ward Alderman seat—a neighborhood that includes Englewood. (The incumbent, Willie Cochran, is facing corruption charges and has dropped out of the race.) One of several candidates vying for the seat, Johnson says she didn’t like what she was seeing in the 20th Ward, a community burdened by few grocery stores, high unemployment and crime rates, under-resourced schools, and a lack of affordable housing. Johnson feels she can be the change she wants to see in the ward. “I really want to play a role in my community and bring to it what it deserves,” she explains.

But Johnson isn’t alone among her peers. There are more than a dozen Millennials (people born between the early 1980s and the early 2000s) running in Chicago-area elections in 2019, mainly in the aldermanic race. According to a February 2018 Brookings Institute report, “The Millennial generation is America’s largest generation, making up nearly 25 percent of the total U.S. population…Millennials are also America’s most diverse adult generation: 44 percent of them are minorities.”